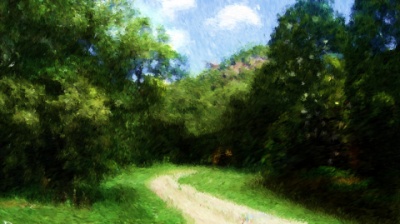 The Dalewoods is a forest immediately to the east of the town of Enonia and lie between it and the former city of Irecia. The major road to Irecia lies between the Dalewoods and the Dark Woods.

An hour or so east of Enonia, the wilderness reclaims most of the now untended road, leaving behind a jumbled clutter of mismatched stones and upended way-markers. With careful orienteering, a traveler might be able to navigate the ruined road through the Dalewoods. At one time, a troll was feared to have lived under a bridge that lies on the road, but it seem to not live there anymore. Rumors from adventurers say that the troll had children, who reported that the troll has been “called” by the forces of Chaos and he has left his home to heed the summons.

Further down the river live the mysterious “Sisters”, who purchased Izil.

The Crystal Tower, a large castle that floated above the Monastery of St. Egxy, originally resided by a lake in the Dalewoods.