Difference between revisions of "Duchy of Pisces" 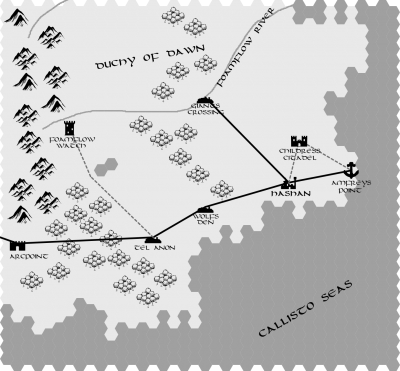 The Duchy of Pisces was formed in 31AD after a series of tragic events struck the Duchy of Dawn. Dawn was thrown into chaos after the Yuligan family was killed and the lands were overrun by the Orcs and Goblyns coming from the Sithasten Mountains. The noblewoman, Caro Childress, established the Duchy of Pisces south of the Foamflow River and with the help of soldiers and supplies from the Southron Duchy. The other Dukes accepted the reality of the situation and approved her new title and claims. It also helped that the Duchess has been very supportive of the Southron Duchy and of King Felix in his claim to the throne.

The Duchy itself consists mainly of fishing hamlets and coastal towns. Their border along the Foamflow River is fiercely guarded by remnants of soldiers from Dawn and Kings Legions as well as soldiers from the Southron Duchy. The Duchess keeps her family at the Childress Citadel, although the ducal seat and center of commerce is located in the city of Hashan. 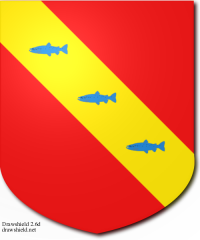 Heraldry of the Duchy of Pisces