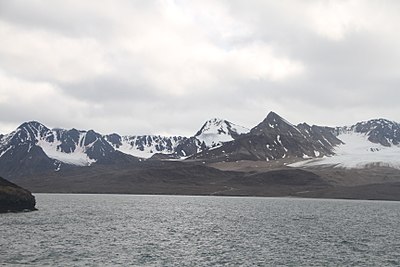 The Oreterra Mountains are the dominant range of mountains to the west of the Lands of Men. They rise along the westernmost coast, forming both a northwestern peninsula and a southwestern protrusion extending eastward to bound the Duchy of Occidens and Duchy of Corridin.

The Oreterra is a younger orogeny with a maximum elevation near 6,684 feet that is at least partially volcanic to the point that some scholars suspect the circular configuration of the region to be a primeval volcanic crater, although this is unconfirmed.

Similar to the Sithasten Mountains, the Oreterra are home to Orcs, Trolls, Mountain Ogres and other creatures and beasts.